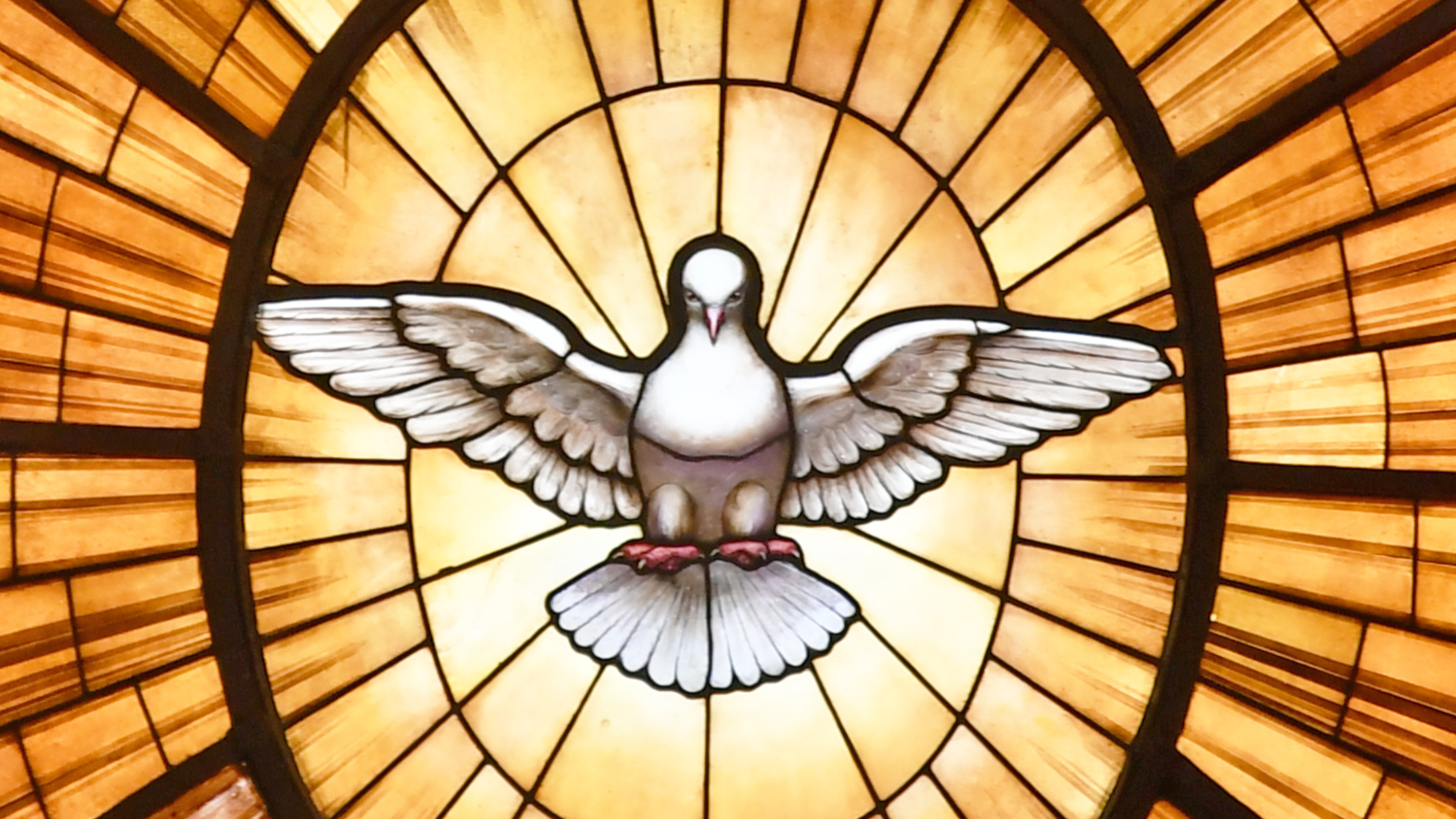 The last part of this verse is often translated ‘You are my beloved son. With you I am well pleased.’ This is from the ESV. In this post, we will offer an alternative translation that clarifies the meaning of this last clause.

Within New Testament Greek grammatical studies, this verse is also used to make a claim about the meaning of the aorist. The last verb is εὐδόκησα, and this verb is in the first person aorist. This, and other examples like it, are used to claim that the aorist is not a true past tense, since God being pleased with his son is a present state. But this, of course, is based on our translation. In this post, we will also offer an alternative explanation for this grammatical phenomenon that shows that this example is not an argument against the aorist being past tense, and we will explain why the aorist is a natural form to use in this context.

What is a performative?

‘I pronounce you husband and wife.’ This is probably the most well-known example of what linguists call a performative. A performative is a statement that performs some action in the world. It does not just describe what is happening, as normal statements do, but it also does something. After that statement is made, the man and woman have become something different. Before, they were not married, and now they are.

Performatives have very specific grammatical properties. First, they are always in first person, since the speaker is the one who is both speaking and performing the performative. Second, it is restricted to a very specific class of verbs. Saying something like ‘I am hereby running’ does not make a whole lot of sense because the speaker is not running by virtue of saying he or she is running. So we need the right verb.

Third, at least in English, performatives are restricted to the simple present tense. Wedding officiants never say ‘I am pronouncing you husband and wife,’ which would be the present progressive. They always use the simple present, which is normally not used in the present to describe an event that is happening now. The first two grammatical properties are consistent for performatives across languages, but there is variation in what verb forms are used. Given the semantics of performatives this should come as no surprise.

The Aspectual Structure of Performatives 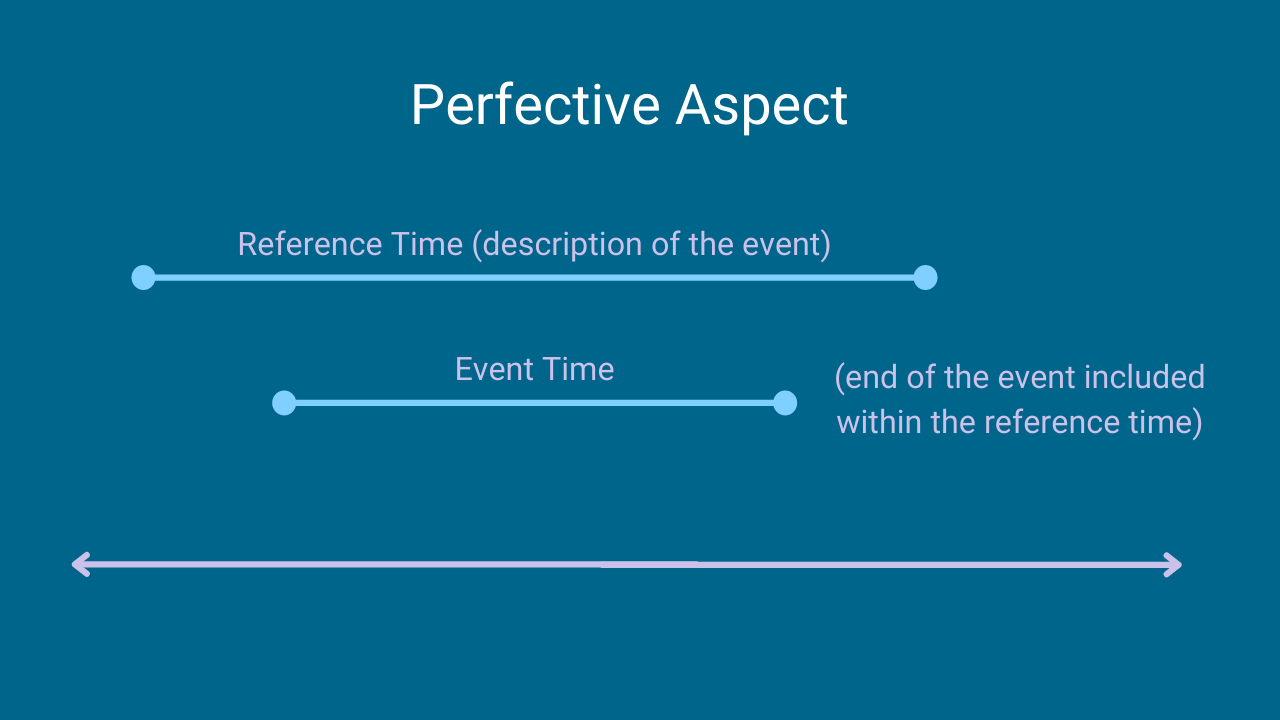 Let’s take a closer look at what performatives actually mean. They are unique in that the act of uttering the statement is itself an action performed in the world that creates a unique situation. In normal statements, we are describing events in the world and are not simultaneously performing the same act we are describing. When we perform actions with our words like in performatives, the event that we are uttering (and also performing) ends when we finish the statement. 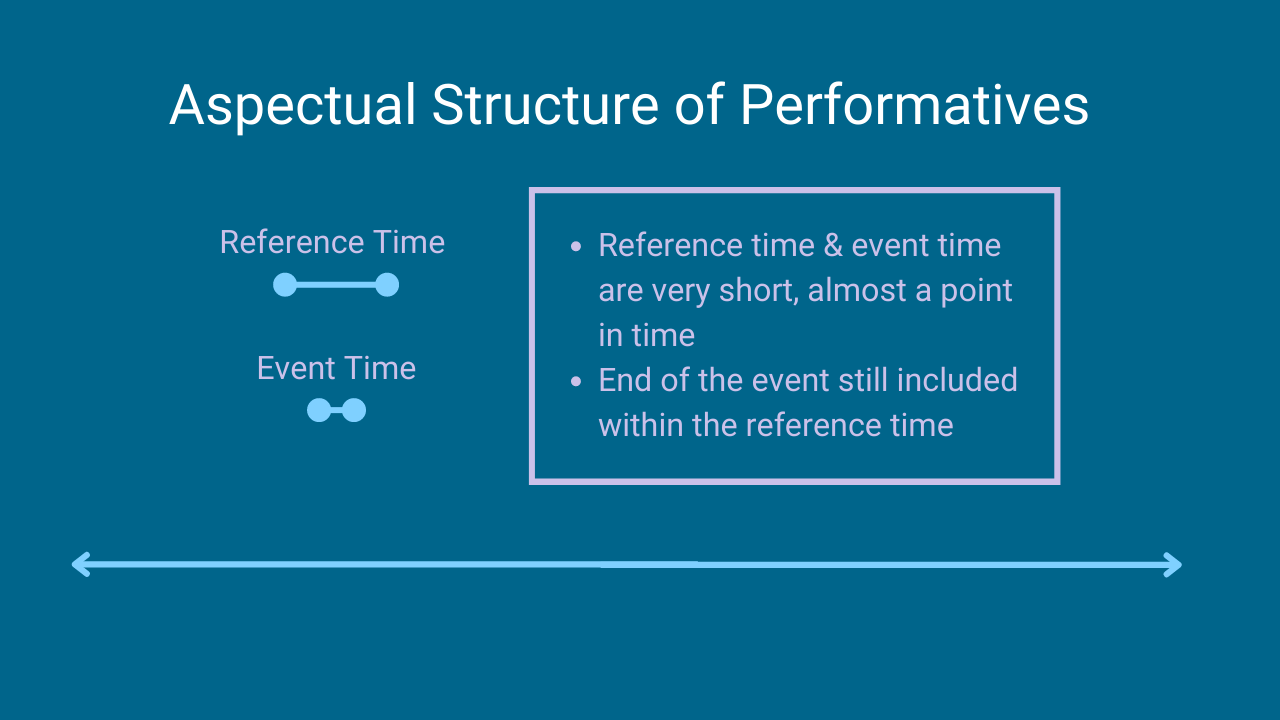 This makes the aspect of performatives prefer perfective forms, and that is what we see in language after language. A perfective verb includes the end of the event in the description. Since the event of ‘pronouncing’ ends when the statement is over, the endpoint of the pronouncing is included. This makes the perfective the most natural form, and this is why the simple present is preferred over the present progressive in English. The present progressive doesn’t allow the end of an event to be referred to, whereas the simple present allows it. 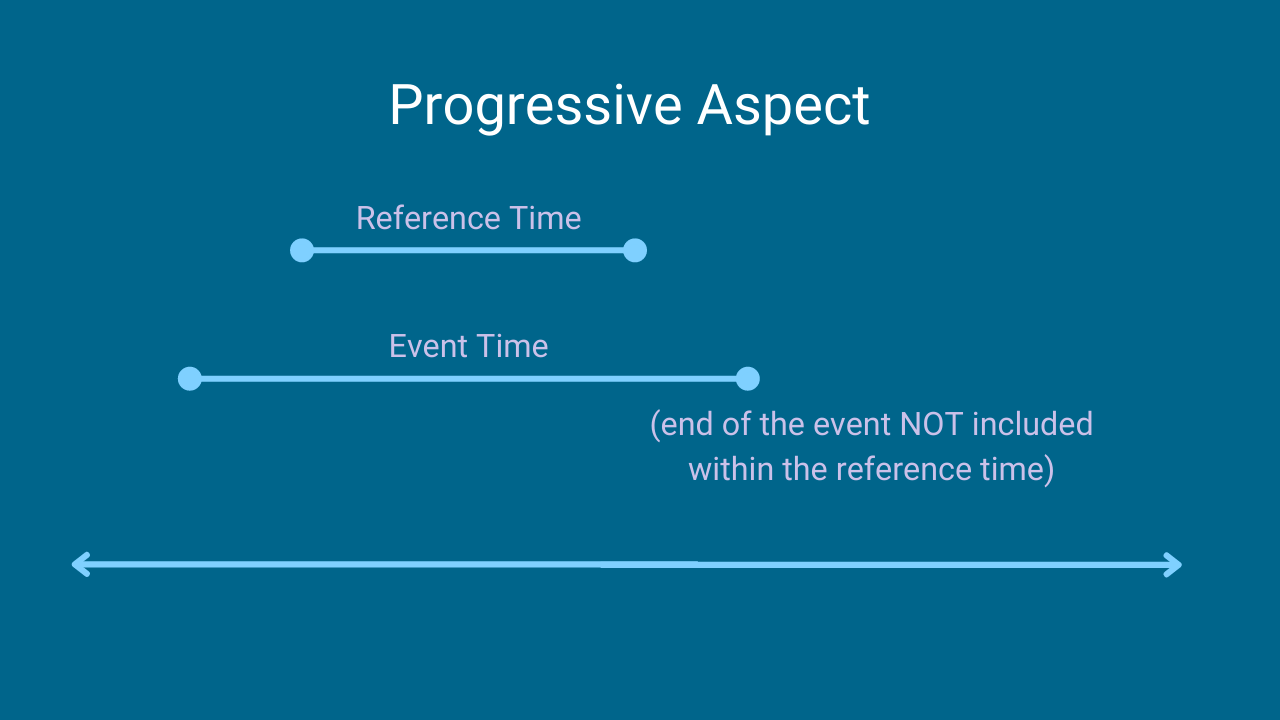 The Tense Structure of Performatives

So far we have spoken of the aspect of performatives. Before we come back to our specific verse, we must first talk briefly about the tense of performatives. In English, we use the present tense, but this is not true in every language. Part of the trouble is that it is hard to determine what tense performatives should be in. The problem is that while the sentence is being uttered, the action is being performed. This would lend itself to present tense, as we see in English, since the action is being performed in the present. However, after the utterance is made, the event is also already in the past. This makes a past tense form also plausible. 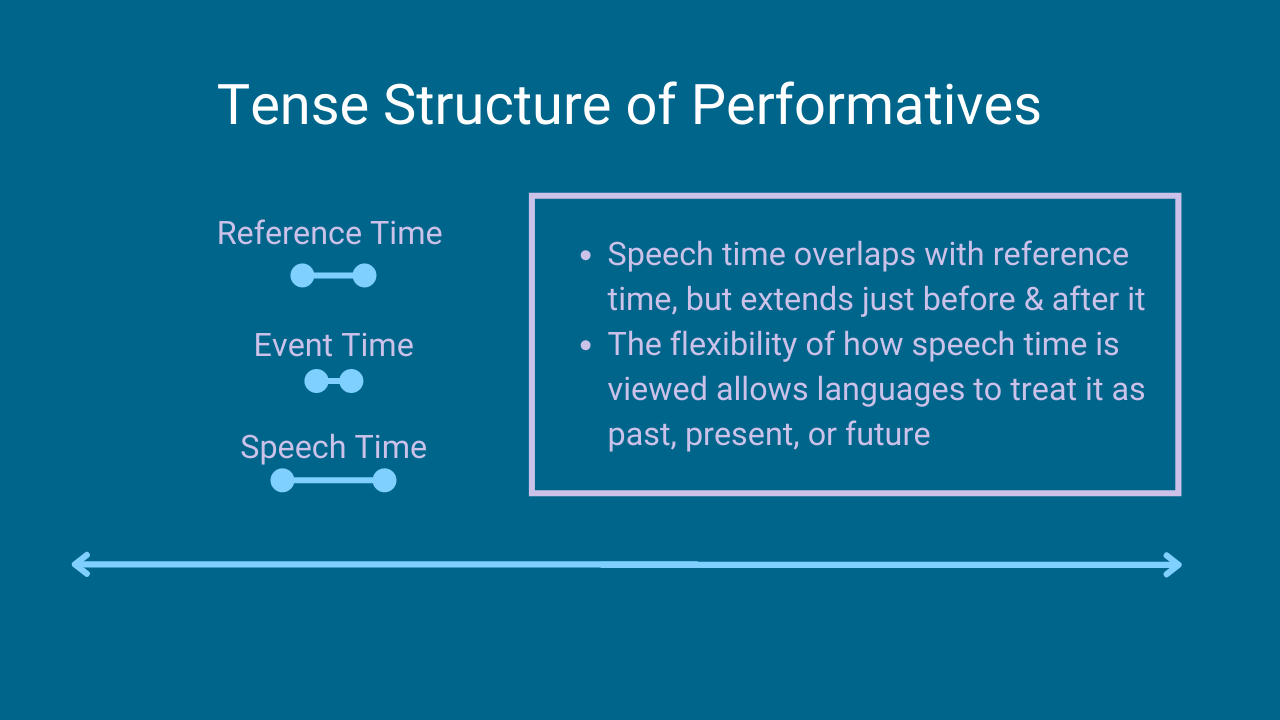 The Tragic Aorist and Mark 1:11

And this brings us to the aorist in Greek. It has long been known that the aorist can sometimes be used for performatives in Greek, and in traditional Greek grammars this has been called the “Tragic aorist” because it was used during plays. Let’s take a look at our verb again in context. The Greek reads: σὺ εἶ ὁ υἱός μου ὁ ἀγαπητός, (‘you are my beloved son’) ἐν σοὶ εὐδόκησα.

Significantly, this is God’s first declaration in the narrative of Jesus being his son, so God could also be performing some action by making this statement for the first time. What exactly is he saying? As we have said, many translations translate the verb as a present state as in ‘with you I am well pleased’ where ‘am well pleased’ is a simple state that holds.

But what if the verb in this context isn’t making a statement about God being generally pleased with his son, but what if the verb is being used to make a statement about God’s act of approving of his son in this present moment? In fact, many of the standard dictionaries list ‘approve’ as a possible translation of this verb, and this makes the most sense in the context.

Mark 1:11 as a Performative

If our text is a performative, there are two implications. First, the better translation, as we have said, is ‘This is my beloved son. I approve of you’ rather than ‘I am well pleased with you’ or ‘I delight in you.’ This is a different understanding of the verse. God is giving his stamp of approval to Jesus in front of an audience at the start of his ministry. Of course, God delights in his son. But he also approves of him and his mission to the world.

Second, this is not an argument against the aorist being a true past tense. We have already seen that performatives prefer perfective aspect, and we explained why this was the case. The aorist is a perfective in Greek. We have also said that different languages treat the tense of performatives in different ways, and it makes sense that it would be a past as well as a present. In Greek, it happens to be a past, since the event ends when the utterance is over.

God always approves of his son, but after he makes this statement, his act of approving of Jesus at the start of his ministry is over. Jesus now has an approved status that he carries with him for the rest of his life. The aorist is a natural way to express this in Greek.

More on the Greek Verbal System

Theories on the Greek verbal system will affect translations into English or any other language. There is a lot of confusion within New Testament Greek studies on tense and aspect, and one of the big problems is that the categories of tense and aspect themselves are often poorly understood, even by some of the people writing the textbooks on Greek verbs.

If you want a more comprehensive discussion on the Greek verbal system that is grounded in modern semantics, you can check out our podcast series on the Greek and Hebrew verbal systems at the Biblical Languages Podcast.

For more explanations on what each of the verbal forms mean in Greek, you can go to biblingo.org to sign up for a free 10-day trial of Biblingo. Through our software, you will learn what the aorist really is using modern linguistic tools, and you will internalize how to use the aorist through immersion in the language and culture of the Bible. So go sign up for your free trial today.