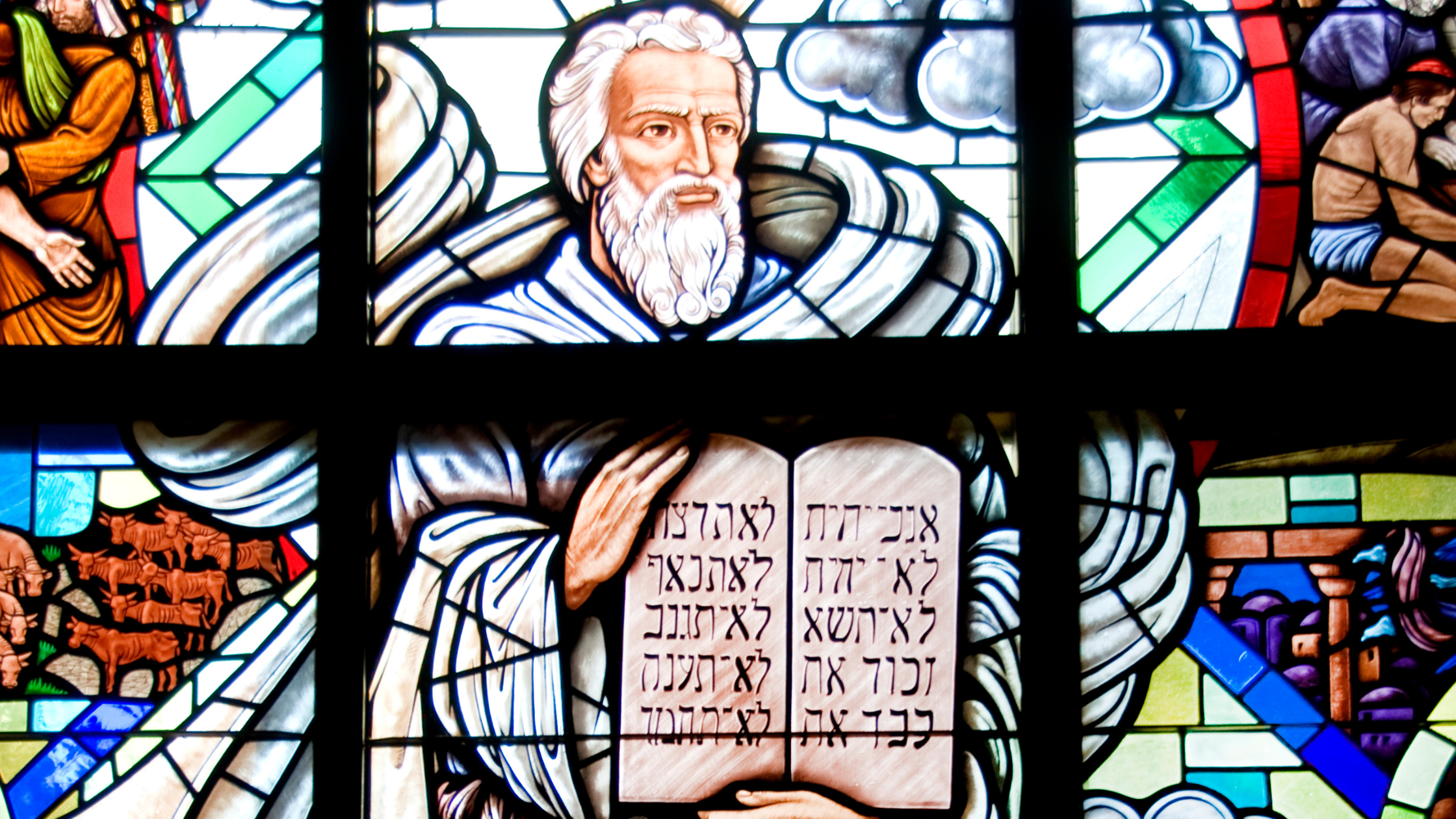 This verse has been the subject of a lot of debate, and most of the debate has centered around the interpretation of the first Greek word τέλος. A standard Greek dictionary for the New Testament such as BDAG gives the first definition as “a point of time marking the end of a duration” and glosses the word as ‘end, termination, cessation.’ On the other hand, the third definition in BDAG says “the goal toward which a movement is being directed” with the glosses of ‘end, goal, outcome.’ So some in this debate say that the word τέλος means that the Law ceases in some sense with the Christ, the Messiah, while others say that the Messiah is the culmination or climax of the Law or Torah or covenant. However, there is an alternative interpretation and translation of the verse that focuses not on the meaning of the word τέλος but instead on the last phrase παντὶ τῷ πιστεύοντι. This is because the precise nuance of τέλος actually isn’t as important to the correct understanding of the verse. It is the end of the verse, not the beginning, that matters more.

Let’s start by looking at the context. In this paragraph, Paul is talking about how some of his fellow Jews have a zeal for God, but they are lacking knowledge. Specifically, he says that “Being ignorant of God’s righteousness and seeking to establish their own, they did not submit to God’s righteousness.” This is verse 3, the verse immediately preceding our own, so Paul is in the midst of talking about how the Jews are seeking righteousness when he comes to our verse. Even in our verse, however, he still does not say how the Jews themselves were seeking to “establish their own righteousness.” The means by which they are trying to become righteous comes in the next verse in verse 5 where it says ‘For Moses writes about the righteousness which is from Torah that ‘the person who does them will live on account of them.’’ In other words, the Jews were seeking to establish their own righteousness through obedience to the Torah, and this, of course, makes sense if you are a Jew without the Messiah. Naturally, one would think that the path to righteousness would be God’s Law that he had given, and this is exactly what at least some Jews thought.

Throughout this passage, then, we are talking about what the Jews are thinking. This, I will argue, is the key to understanding the verse. But before we can get there, we need to go on a short detour about how datives function when they are used with verbless predicates.

When I talk about a “verbless predicate,” I am referring to a predicate that is a noun, adjective, or prepositional phrase. An English example of this is something like “The ball is blue.” Although there is a verb in this sentence (the word ‘is’), it is not a predicate, which is usually the thing that describes what the subject is doing or a state he, she, or it is in. The adjective describing a property of the ball in our sentence is ‘blue,’ so it is the predicate. Whether or not the “to be verb” is present, the predicate is still the noun, adjective, or prepositional phrase that describes the subject.

To go back to Romans 10:4, the predicate is the noun phrase τέλος νόμου ‘end of Torah or Law,’ and the subject is Χριστός ‘Christ.’ Hence, most translations say something like ‘Christ is the end of the law’ and so on. What is important about this construction is that the dative phrase at the end, usually translated ‘for all who believe’ is not required. This is what has been called a non-core dative, since the dative is not an active participant in the core verb in the sentence. And this leads to our big question for the passage: if the dative is not required, how does it function in these kinds of sentences?

In English, we don’t have a dative case that works exactly like Greek, but the dative is often approximated by the prepositions ‘to’ or ‘for.’ So let’s see what happens when we add a prepositional phrase like ‘to Sue’ to our sentence. ‘The ball is blue to Sue’ does not mean that the ball is blue. Rather, it only means that the ball is blue according to Sue’s perspective. The ball may very well be green, but Sue could be wearing blue glasses that turns everything blue, or she may have a very strange medical condition that makes her see all round objects as blue. Whatever the case, ‘The ball is blue to Sue’ does not mean the same thing as ‘The ball is blue.’ Adding the prepositional phrase restricts the predicate to applying only to Sue’s perspective.

So how do these “non-core datives” function in Greek when used with nonverbal predicates? I would argue that, at least most of the time, they are functioning in the same way by restricting the predicate to someone’s perspective. We see this in 1 Corinthians 1:18, for example, which says Ὁ λόγος γὰρ ὁ τοῦ σταυροῦ τοῖς μὲν ἀπολλυμένοις μωρία ἐστίν, τοῖς δὲ σῳζομένοις ἡμῖν δύναμις θεοῦ ἐστιν ‘For the word of the cross is folly to the ones who are perishing (in the dative), but to we who are being saved (again, in the dative), it is the power of God.’ So here we have two nonverbal predicates. First, we have ‘the word of the cross is folly.’ This, however, is not true absolutely. It is only true according to those who are perishing. On the other hand, ‘the word of the cross is also the power of God,’ but not everyone thinks this. It is only the power of God from the perspective of those who are being saved.

This is typically how the dative functions in these kinds of clauses. And in fact, this is exactly how most translations treat a very similar verse in Romans 1:16 which says δύναμις γὰρ θεοῦ ἐστιν εἰς σωτηρίαν παντὶ τῷ πιστεύοντι ‘For it is the power of God to all who believe.’ In this context, Paul is talking about why he is not ashamed of the gospel. He explains that, from his perspective, the gospel is not something to be ashamed of, and indeed, all who believe experience the same thing about the Gospel–it is the power of God for salvation. That’s what believers think about the gospel, even if others disagree.

A Better Translation of Romans 10:4

We can finally come back to our verse. A translation like the NIV translates the dative with the preposition ‘for’ in Romans 10:4. It says, “Christ is the culmination of the law so that there may be righteousness for everyone who believes.” Translating the dative as ‘for’ rather than ‘to’ significantly changes the meaning of the verse. With the preposition ‘for,’ we understand the sentence to mean that the believers are the people that benefit from the Christ being the τέλος of the law for righteousness.

Although non-core datives can sometimes introduce people that benefit from a situation, this is actually not the norm with nonverbal predicates. Most of the time, the dative with nonverbal predicates introduces the group who thinks that the predicate is true, as we saw in 1 Corinthians 1:18 and Romans 1:16. We have also already said that the context is not about benefits. It is about the Jews’ perspective. This suggests that the dative should be interpreted as introducing someone’s perspective and not someone who might benefit from the Christ being the τέλος of the Torah.

The precise meaning of the word τέλος actually isn’t as important as most suppose for understanding the verse, the biggest reason being that even words like culmination, climax, or goal imply an end. Once the climax has been reached, you can’t go any higher. Something has ceased. There is no getting around this meaning component of τέλος, even with these glosses. The English word ‘end’ also has many different uses, and it is still probably the best approximation of τέλος in this verse.

The implications of this interpretation, however, are far-reaching. This verse is not saying that the Messiah is the climax of the covenant (as someone like NT Wright suggests) or the culmination of the Torah, as many different commentators suppose. It is not talking about salvation-history at all. You have to go to other places in Paul for that. In this passage, Paul is talking about how the Messiah's coming causes people to shift their view on the Torah's role in righteousness. Unlike the Jews who seek righteousness through Torah, all believers, whether Jew or not, no longer think Torah can bring about righteousness. That perspective ends for those who see that it is the Messiah who reveals God’s righteousness and who can lead them to it.